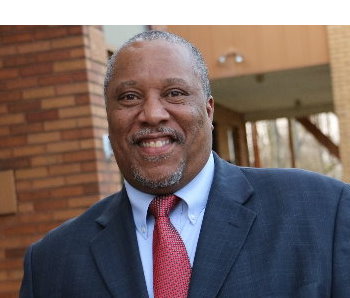 Rev. Russell V. Penn Jr. joined the Second Missionary Baptist Church in 1992 and served faithfully until called to pastor the Mount Olive Baptist Church in Grove City, Pennsylvania from June 2003 until April 2005. In January 2006, he visited Israel for a ten day tour. In April 2011 he was called and installed as Pastor of the Second Missionary Baptist Church in Farrell, Pennsylvania. Rev. Penn is a graduate of Florida A. and M. University with a Bachelor’s Degree in Civil Engineering Technology and the American Baptist Theological Seminary, Nashville, Tennessee Extension Unit in Youngstown, Ohio with a Diploma in Theology. He has continued his love of biblical excellence by attending the WHW Expository preaching conference in Los Angeles, California. For over ten years and most recently been attending the Cutting Straight Expository Preaching Conference in Jacksonville, Florida.

This man of God was licensed to preach the gospel of Jesus Christ in January 2001 and Ordained as a Baptist Pastor in July of 2003. He accepted his call in the ministry shortly after the death of his beloved father and desires nothing more than to preach the gospel to all nations.

He is married to a wonderful lady, Sister Yvonne E. Penn for over twenty years and has three beautiful children and three grandchildren. Our God is Awesome.